As referred in my previous post about Pic de Bugarach. I have gone in detail about this mountain and found certain interesting things. Don't know how far it is true everything based on several websites. 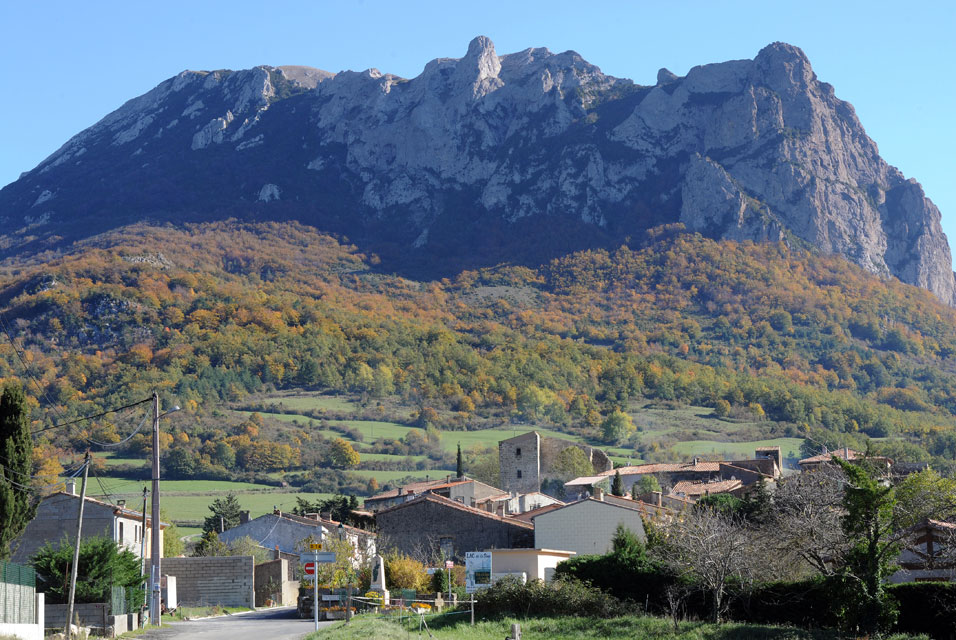 Shrouded in myth, mystery and legend mount Bugarach dominates the wider area around Rennes- le- chateau. And calmly looking upwards to the sky face of this volcano was once believed to have facial features of christ when his god was taken to the area.As per the website it is not a ordinary mountain. Its geo-il-logical mountain.illogical in the sense that top of the mountain is million years older than the bottom.

People climbing the mountain have forever reported strange noises, UFO's flying over, white lights and white people staring at them.People that have climbed the mountain will tell you that they felt uneasy while climbing and their compass or their GPS device didn't worked.flights are not allowed to fly over the mountain as it has been known to make equipment malfunction.

It is hard to track the source but their is a very persistent story that their is a giant lake inside the mountain.Bugararch is said to be the entrance to agartha the legendary city inside the earths core.

New age believers thinks that there is an underground lake that is used as UFO Hangar(Unidentified flying objects ;  Hangar-spy live webcam) mountain of Bugarach is the only place in the world to survive the end of the world as predicted by Mayans.On that day UFO's will leave the mountain taking who so ever is there to another world and some believes that entrance to the world , Agartha below will open up.

If you check the below mentioned  website you will surely come to know that there is something mysterious lying inside the mountain.

I was actually thinking of linking it upto something. As per Marie-France there was a telepathic message which worried her -We are beings of light”, “It is dangerous for us to make direct contact with you”, “February 28 2010, there will be a disaster”, “You have to help many people in need.”

And while surfing net I came to know that there was a powerful attack in chile on 27th feb and tsunami on 28th feb 2010.

And another thing that struck me was about Daniel Bettex who was doing some research. And for the last time he left from home only thing that he told his wife is - you will be rich once am back.

and its refereed in this website that there is gold miming inside the mountain. If you connect and read everything something is there


Or, is there some other mystery the Pic de Bugarach is yet to reveal?
Posted by Unknown at 01:02

Email ThisBlogThis!Share to TwitterShare to FacebookShare to Pinterest
Labels: 21-12-12